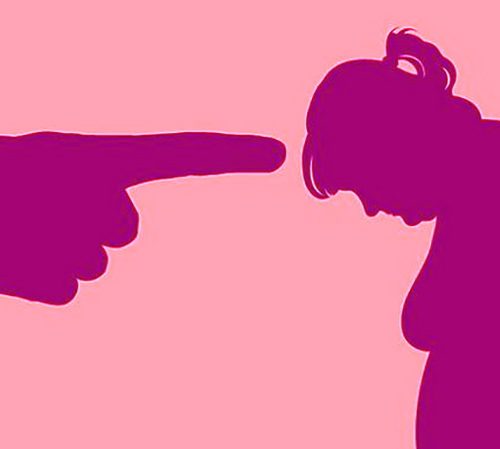 Obesity – is there anything it can’t do?  It will increase your risk for the following diseases:

When it comes to body and life-wrecking disease, obesity is a total rock star.

Fat Shaming…or Should My Dad Have Been Ashamed?

My father died in 1995 of a massive heart attack, likely related to blood clots from his diagnosis of phlebitis in his legs a few weeks prior to his death.  A few weeks prior to his death, he was at the doctor appointment where he got the diagnosis of phlebitis. The doctor needed to measure my father’s weight.  However, dad’s weight exceeded the maximum on the scale in the doctor’s office, so my father was referred to the airport by the doctor to get weighed on a freight scale.

I remember how mortified – and yes, ashamed – I was at my father’s life choices which had led him to the point where this was happening.  Unfortunately, he viewed this as nothing more than annoying inconvenience.  Had this happened today, there would likely be cries of fat shaming.

To make obese people feel they are different, shameful, laughable, and unworthy. Fat shaming is like a stigma imposed upon people who are overweight. (source: Qwhatis.com)

A term created by obese people to avoid responsibility for failing to take proper care of their bodies and instead victimize themselves by pretending they’re discriminated against like an ethnic group. (source: Urbandictionary.com)

The truth most likely lies somewhere in the middle.  Fat shaming is a real thing.  However, not every mention of someone’s weight is in fact fat shaming.  I witnessed it as a kid growing up.  We would walk into a restaurant and I would notice some people pointing and laughing.  No doubt my parents noticed, too.  It was awful.  But my father’s referral to an airport scale would wrongly be labeled fat shaming in 2015.  He should have been ashamed, angry, guilty – or any emotion strong enough to light a fire under him.  I recall my own disbelief and I was angry at my father’s lack of reaction and failure to view that moment as a massive warning sign and wake-up call.  Negative emotions can be useful if they inspire change.  Apathy is rarely useful.

“I was just fat shamed by my ENT (ear, nose, and throat doctor).  Seriously. And I love my ENT, but he said my continued problems with my ear & hearing loss might be helped if I lost some weight.  What!? The drainage and fullness from when I had pneumonia is being caused by my being fat!?”

Um, no, you weren’t “fat shamed” here.  Just because you got offended doesn’t automatically mean the other person was being offensive.  The doctor made a suggestion that, perhaps, maybe one thing would improve if another thing (weight) changed.  Given the powerful and seemingly universal effects that obesity can have on every single bodily system downstream from the hormone and endocrine system, who can tell if the doctor was right or wrong?  If he was wrong, it wasn’t due to his being mean-spirited, just perhaps a lack of technical accuracy and maybe less-than-ideal communication skills.

Obesity causes major negative health problems, and no amount of Fat Acceptance Societies will change that fact.  Having concern and sensitivity for people struggling with obesity does not mean never mentioning it.  Real love and concern means addressing it in a forthright yet supportive manner and at the appropriate time to help the person you care about make that all important U-turn to move in a different direction.

There are times where people are awful and mean to each other – fat shaming is sometimes a real thing and it does happen.  However, the denial surrounding obesity is monumental.  A claim that any suggestion to reduce weight is an example of fat shaming is a gross overstatement and warping of reality.

Once, while at an appointment with a new doctor, I had filled out the usual multiple page form asking about health history and habits.   Part of those forms asks about employment to which I obviously answered “fitness professional.”  When the nurse was reviewing the forms with me and confirming some of the answers, she was reading off some of my answers dispassionately with detachment and no eye contact and no need for a direct response from me until she got to one question in particular:

Then she stopped, looked directly at me, and increased both her volume and the seriousness of her tone and said, “Steroids?”  And then let the silence grow while she waited for my response.

I paused – because I honestly thought she was kidding at first – and then answered, “No.”

Off she then went to reviewing the form and a return to the dispassionate demeanor.

In my head I was having the same reaction you are right now.  But, I just chalked it up to someone who was clueless and likely didn’t see many patients that exercised or that worked as fitness professionals.

I wasn’t deeply offended.  I was certainly bothered by it, but in an appropriate way at an appropriate level.  There was no cause for overblown outrage.  This wasn’t “fit shaming,” just like every single remark made about obesity – even if it’s off the mark – isn’t necessary fat shaming.

You Are Not the Elephant in the Room

People will always make assumptions about you based on what they see.  This will always be…we all need put on our big boy pants and just get used to that.  Those assumptions will sometimes be erroneous or overstated.  To treat every mention of someone’s obesity – even when appropriate – as some sort of horrible offense is, in its own way, a form of belittlement.  As Lee Jordan said to me, “I find the assumption that the clearly well-intentioned, accurately descriptive use of the word ‘obese’ would upset me to be quite condescending.”

Fitness, and the lack of it, affects our health in myriad ways, some of which are subtle, powerful, and less obvious.  In no way does this justify truly rude or mean-spirited treatment.  Likewise, because rudeness exists toward obesity in public does not mean that every time it is mentioned it is an example of fat shaming.

Just because someone points out the “elephant-in-the-room” in a conversation does not mean that they are calling you the elephant in the room.

Jonathan's “800 Pounds of Parents” directly inspired his prolific fitness career as a multiple Personal Trainer of the Year Award-Winner, brain fitness visionary, creator of Funtensity, blogger and spokesperson for the American Council on Exercises (ACE), and author of Abs Revealed. A former astronomer, Jonathan used to study stellar bodies – now he builds them – and just may be the first Astro-Fitness-ist!